GET THE LEGAL HELP YOU NEED Have questions about your rights? Ready to discuss your
immigration case? Contact Fayad Law, P.C. now.

As a boutique law firm, we make sure that every single case we handle and client we represent receives our personal attention. We limit our caseload to ensure our clients feel truly supported at every moment, from start to finish. Your best interests will always be priority – and that is our driving priority. We know that any type of legal matter can be overwhelming. We approach every case with compassion and dedication from start to finish because we know how much may be at stake for you. We bring more than 20 years of combined legal experience to the table, which gives our clients the legal knowledge and insight needed to successfully navigate various legal processes.

You Stay Informed
at All Times

We Strive for Client
Satisfaction

There are dozens of different types of visas available under the provisions of the Immigration and Nationality Act (INA), but they can all be placed in one of two categories: immigrant and nonimmigrant visas. The former is for individuals who are hoping to establish permanent residency with a green card and perhaps even to pursue the path to naturalization and citizenship. The latter is for those who are only planning a temporary visit to the United States, such as for the purpose of conducting business or attending school.

How many immigrants are admitted to the United States every year?

The INA sets limits on the number of people who will be permitted to immigrate to the United States each year using certain types of visas, while other visas are unlimited. Family immigration visas for the immediate relatives of U.S. citizens are available on an unlimited basis, while there are annual quotas set for the relatives of lawful permanent residents and extended family of citizens, with a maximum quota of 480,000. The number of employment immigration visas is limited to 140,000 per year.

What are the eligibility requirements to become a citizen?

Pathways to citizenship include service in the United States military and adoption, but a large percentage of all people who become citizens do so through the process of naturalization. The basic qualifications for naturalization include:

It is also necessary to supply evidence that you are a person of good moral character and are attached to the principles of the U.S. Constitution. We can assist you with proving these factors, as well as preparing your petition and helping you get ready for the tests.

What is deferred action?​

In June of 2012, the Obama Administration directed the Department of Homeland Security (DHS) to begin applying a policy that is referred to as Deferred Action for Childhood Arrivals (DACA). Under deferred action, DHS is exercising discretion in its execution of the laws concerning deportation and removal of immigrants who are illegally present in the United States. Deferred action is not a change to the existing law, but is instead a change in the way that the law is being applied. You may qualify for relief under DACA if you were younger than 31 years of age on June 15, 2012, came to the U.S. before your 16th birthday, have continuously resided in this country since June 15, 2007 and are either currently in school or have already graduated from high school or earned your general education development (GED) certificate, among other criteria. With deferred action, you may be able to avoid being deported, though it does not grant any change of immigration status.

What factors does USCIS consider when reviewing an immigration petition?

In its review of immigrant visa petitions, the U.S. Citizenship & Immigration Services (USCIS) weighs factors related to the ties that the prospective immigrant has in the United States and the reasons why he or she wants or needs to come to live in this country. For example, a family immigration petition will not be approved unless the foreign national has immediate relatives such as a spouse, mother or father, child or sibling already living here as a citizen or green card holder. An employment immigration petition is more likely to receive approval if the applicant has a job offer in this country and is coming to fill a position that cannot reasonably be filled from the local labor market. A foreign national who is fleeing persecution in his or her home country may be granted an immigrant visa as a refugee or asylee.

How is it possible to prevent deportation?

There are many strategies for challenging a removal action. If the proposed deportation is based on a criminal conviction, it may be possible to appeal the conviction in order to have it overturned. Another option is to petition for cancellation of removal, a type of immigration relief which is available to people who are of good moral character and whose deportation would subject a family member who is a citizen or permanent resident to extreme hardship. The key to success in stopping deportation is to take immediate action by hiring a Virginia immigration attorney from our firm as soon as possible. Contact us now at Fayad Law, P.C. for a confidential consultation and to let us get started on your case!

Where can I get help from your firm?

Fayad Law, P.C. maintains offices in Richmond and Fairfax, Virginia. We work with individuals, families, and businesses across the world, providing them with assistance in resolving the legal issues involved with helping their loved ones and employees to immigrate to the United States. We work directly with foreign nationals living abroad, guiding them through the process of obtaining immigrant and nonimmigrant visas for entry to the U.S.

Marines C.
23:34 31 Jan 23
Working with Fayad Law has been the best experience anyone can have. Everyone was exceedingly professional, reliable and punctual to say the least. If I ever need immigration lawyers again, Fayad Law will be my choice!
Mary F.
22:05 30 Jan 23
Ahora cuentan con un buen servicio y buena amabilidad, 👍
Joanne A
18:15 26 Jan 23
From start to finish Mr. Fayad and his team did an outstanding job, I had a complicated case but Fayad law did all that they said they would do, to ensure I would be sucessful in my quest to become a legal permanent resident. Today I am happy to say I am! . Thanks to the expert and caring staff. Greatly appreciated.
Eyad W.
22:18 19 Dec 22
Thank you so much Oscar and Aida !
Jumana N.
12:24 04 Sep 22
I really recommended Fayad law team!Mr.Aida did Amazing job with my case!I’m so lucky that i was one of your clients!😍thanks for you and for the team who was working on my case!!
mohammed A.
15:47 01 Sep 22
The indication I have been seeing in Fayed law actively work with client and realistic.
Gavi Yaneth H.
02:46 15 Jan 22
Very friendly staff and communicative!! If anyone is in need of immigration help, this is the place to go! They make the process simple, quick, and easy. Thank you Fayad Law!
Moudy L.
21:57 12 Jan 22
To the point, great law office, friendlyThank u everyone
Eric G.
16:19 30 Oct 21
Amazing service
Rose D.
00:22 11 May 21
Nice place and friendly staff. Thank you Mrs. Marla for everything 🌺🌺
Ahmed A.
14:50 05 May 21
Fayad and everyone at his team have helped me and my family with our immigration issues/cases. I’m very impressed with their dedication and close attention to details. It’s a firm that has great knowledge and great customer service. I highly recommend this firm!
Alex Z.
15:40 18 Mar 21
Fayad law its a great firm very professional they made a great job With my case.
Andrey K.
19:34 17 Feb 21
Stellar immigration firm. Had a very pleasant experience, had multiple cases handled by Fayad Law and they were responsive, knowledgeable and effective. Especially Mrs Dosmanova – highly recommend to work with this attorney, speaks multiple languages too
Haya S.
04:24 23 Dec 20
I’m very happy to work with Ms. Ektrena she helped me a lot through out my case, I would Thank her very much 🙂
Christian B.
06:14 29 Jan 20
We’ve been using Fayad law for years. They’ve successfully helped us obtain approval for an I-130 and are working on various other things on our immigration journey. They’ve also represented us on various traffic matters. We began working closely with Jonathan White a few years ago and he has always been refreshingly pleasant. I am greatfulmfor this practice and truly value the service we have been provided at Fayad Law- I cannot express the gratitude for the kindness that has been showed to my family.
Andrea R.
02:49 23 Jan 20
Estamos muy agradecidos con la ayuda que el buffete nos ha ofrecido mi esposo fue detenido por ICE y fue procesada su deportacion de inmediato ..el llego a su pais de donde fue regresado a USA gracias a los abogados q detuvieron su deportacion…ellos lograron sacarlo con una fianza y estamos aqui Unidos en familia nuevamente …Gracias. Fayad Law por su apollo …vale la pena claro que si …🙏🙏🙏☺
Hany F.
21:53 22 Jan 20
I dealt with Ingy Girgis and she was beyond expectation in all matters , staff in the office are very helpful and cooperative. I realy recommend Fayad law office
Largo W.
03:19 09 Jan 20
Meilleur avocat très professionnel
Grace M.
04:03 01 Jan 20
Very knowledgeable and I would highly recommend his services.
Lilian R.
02:19 16 Dec 19
Nice place kind and friendly staff
Ahmed F.
14:38 10 Sep 19
This review is being written after a phone consultation with Mr. Fayad. Mr. Fayad is a well-informed and caring person who tries his best to help his clients and lead them down the right path. His staff are understanding and polite, as they helped me with an issue concerning the timing of the consultation as well as followed-up after to ensure if I missed anything or needed any further help with my legal issue.Overall, I recommend Mr. Fayad for anyone who needs legal advice or help.
Gary B.
17:30 30 Jul 19
Very helpful.
Lulubata
13:13 26 Jun 19
This review is specific for the front desk. The first face who greets you is Estaphania. She always has a smile and greets you warmly genuinely. She is attentive and seems like one who enjoys what she does.I can’t rate the legal work yet because I just signed my contract with Mr. Fayyad and am hoping for the best.
Ashraf H.
00:06 21 Feb 19
The best one ever, great mindset, very clever
Nermine F.
14:17 12 Oct 18
We done my mother case with Mr. Fayad we want to thank everybody in the office they such of great team special johnsan he such a very good lawyer .. honest person thanks for his great job …Very helpful
Ali AL L.
02:09 21 Dec 17
Good
jc V.
03:12 26 Oct 17
Great Customer Service and knowledge about their business.
Nilza P.
22:55 16 Aug 17
He is some of the best immigration LawyerOf Virginia.I’m so happy with the results.
Frank P.
18:25 17 Feb 17
They assisted my company with an H1-B visa for a key employee. Found the firm to be expert and responsive to our needs and concerns throughout the entire process.
connie V.
15:31 25 Jan 17
The place to go if you have immigration issue
‹
›

Have questions about your rights? Ready to discuss your immigration case? Contact Fayad Law, P.C. now. 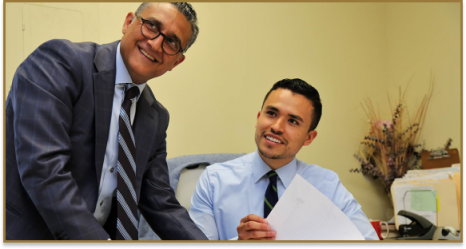 How to Find the Right Immigration Lawyer for Your ... How To Get A Green Card For Your Spouse...

How an Immigration Lawyer Can Help You a...

An Experienced Employment Immigration At...

Sign up for the Fayad Law, P.C. Newsletter and get monthly news
straight to your inbox!

The information you obtain at this site is not, nor is it intended to be, legal advice.
You should consult an attorney for advice regarding your individual situation. Contacting us does not create an attorney-client relationship.